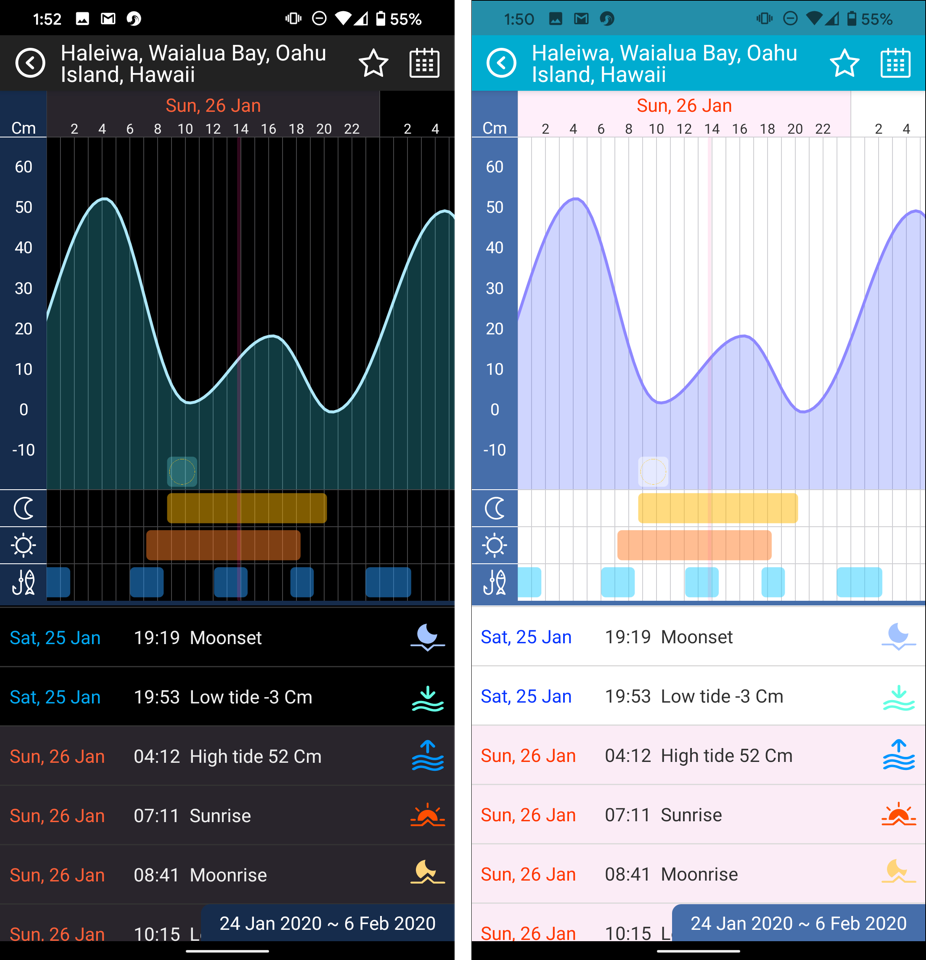 It’s an android app that can show about 10,000 tide-graphs around the world. It also supports dark mode. It’s scheduled for release at next month.
Don’t miss it!